About Gerda Boyesen, the inner voice of guts (psychoperistalsis) and pacifying the mind through loosening the body

„[Gerda Boyesen] noticed that certain patients would have loud intestinal sounds (tummy- rumblings) during psychotherapy sessions, particularly at moments of insight or emotional release, and that these were the patients who were showing the most rapid improvement […]

Intrigued by this connection, she began to listen to her own intestinal sounds through a stethoscope; correlating the different sounds with her immediate circumstances and mood, she arrived at her theory of psycho-peristalsis […]

Furthermore, she found that by means of massage – during which she would hear loud watery sounds through the stethoscope placed on the patient’s belly – she was able to reduce the excess fluid in the patient’s body tissue […]

The psychological effect was remarkable: the patients might have come to the session feeling desperate or depressed; but as soon as the fluid pressure in the tissue was more normal they would feel ‚light‘, at peace with themselves. (M.-L. Boyesen, 1974).

Her own personal experience eventually led Gerda Boyesen to find her answer in the context of Freud’s (1905) libido theory. At this period she was having further therapy with Raknes. She was experiencing enormous psychological pressure and also a strange pressure in the tongue and swelling in the mouth. Raknes had urged her to speak about what was troubling her, but she could only sense that it related to early infancy, before she had learned to talk. The pressure grew unbearable and she went out in the woods where she felt free to scream. With this emotional release came dramatic new sensations: the pressure in her mouth suddenly released, and she felt a flow of incredible sweetness and pleasure streaming down through her body. She then got the image of herself as a baby at the breast; she learned later that her mother had teased her as an infant by taking the nipple out of her mouth as she was sucking.

Could it be, Gerda Boyesen then asked herself, that the oral libido fixation arising from the infantile traumas was now -thanks to her screaming – beginning to release? […]

When these streamings of pleasure were at their strongest, Gerda Boyesen would feel that she was in touch with what she called the ‚oceanic wave of the universe‘, and so she hypothesized that this flowing libido must be some sort of universal life-force. Subsequently she saw in some unpub- lished writings of Reich that her own findings were supported by his theories of orgone energy.“ 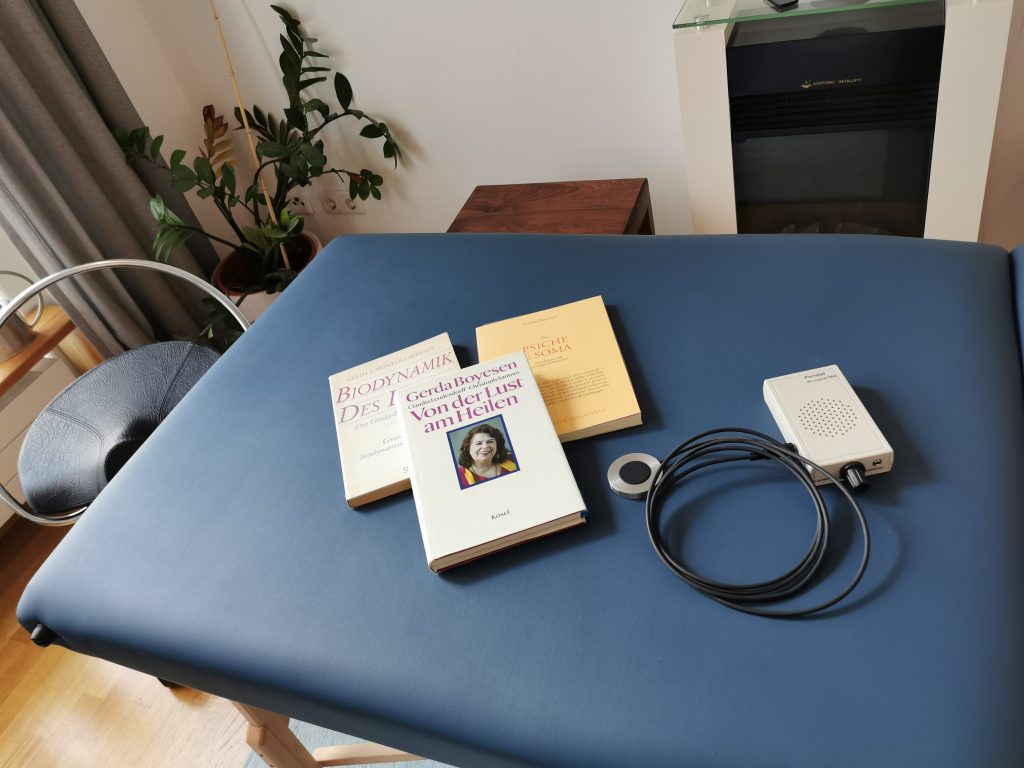